Who are radiographers and what do they do?

On the 8th November we celebrate World Radiography Day, but who are the people that work within radiography, and what do they do?

Radiology, radiologist and the radiographer

Radiography is the science of using images to view the inside of something without causing harm. When thinking about radiography, your mind’s eye may conjure up an image of a person who works at a hospital, within an X-Ray or MRI Department, and takes images of us using a large doughnut-shaped object to see what’s going on under your skin. If so, then you are probably thinking of a radiologist or a radiographer. These specialised doctors are clinically trained to diagnose our health issues, such as broken bones or brain tumours through images taken by a range of methods such as X-Ray, CT, MRI, and PET. However, there is another lesser-known highly qualified professional, known as a radiographer who works within the radiology teams. The key difference between the two specialisms is that one is heavily involved in health diagnostics, whereas the other is a technical specialist that delivers and facilitates most radiological procedures.

Radiographers work in highly diverse areas mostly in hospitals (diagnosis, providing services for coroners, the police and Border Force), universities, private enterprises and on the battlefield through the armed forces. Despite what may seem, to the uninitiated, like a simple procedure (to image someone), strict safety measures due to using different types of radiation (for X-Ray, CT and PET) or strong magnetic fields (for MRI), which is under the close supervision of a radiographer. Although some people will be concerned by the word radiation, the amount that is given off from an X-ray (CT or via drug for PET) is very low and is equivalent to a few days of natural radiation from being outside.

The critical use of radiation for therapeutic purposes falls under the remit of a Therapeutic Radiographers, with overlapping but differing skills as other radiographers which lies outside the scope of this piece.

Meet the radiographers of WIN

At the Wellcome Centre for Integrative Neuroimaging (WIN), University of Oxford we use research grade MRI scanners which are usually higher field strength than hospital-based scanners to help us learn more about how our brains work. Radiographers are critical to our operations and enable us to safely image people for our research. To highlight their role at WIN for World Radiography Day, we interviewed three of our radiographers; Michael Sanders, David Parker and Juliet Semple to help you understand what they do for us. 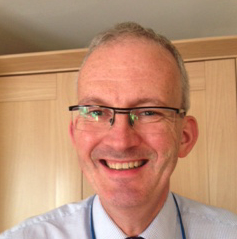 Michael Sanders, Senior Research Radiographer
Mike has been working at WIN for over 9 years.

How did you get started in radiography?
Mike was inspired to work in health care from his mother who was a nurse. An initial interest in a role with the RAF as a Radiographer did not work out but the radiography interest remained and he secured a place at the School of Radiography at Hammersmith Hospital. The Hammersmith Hospital was the location of the Royal Postgraduate Medical Centre and as such was at the forefront of medical imaging offering many unusual and cutting-edge procedures. On qualifying Mike moved onto a general hospital that included plenty of night duties with a wide range of injuries from car crashes, sports injuries, and altercations. After a couple of industry roles including one in Didcot and slightly more glamorously New York, Mike travelled extensively in support of clinical trials involving CT and MRI. After this experience Mike return to the UK working first in the West Wing at the John Radcliffe Hospital before finally moving to WIN.

What do you do on a day-to-day basis?
Aside for undertaking the scanning Mike oversees safety checks on people getting an MRI scan, ensuring that no metal is on their person and that they have declared all their relevant health history. Radiographers are responsible for checking through all research proposals on their ethics and other documentation. Any participant involved in scanning must be comfortable, supported and reassured during the procedure and the role of the radiographer is to act as a participant’s advocate during the scanning process to ensure that their wellbeing is priority.

What was your most memorable moment as a radiographer?
‘During my time with the NHS, I routinely helped Customs and Excise, now known as UK Border Force, officers to determine if suspects were carrying illegal drugs. On one occasion the ‘drugs’ were £30,000 worth of uncut diamonds.’

What advice would you offer young radiographers?
‘Before deciding on becoming a radiographer, you need people skills and the ability to empathise with patients or participants in research studies. You need to be confident in your technical abilities but not forget that there is a human being at the other end of your ‘service delivery’. Radiology is a highly diverse field with plenty of career development opportunities and areas of specialism which will more than repay the effort you put in.’

What’s the most challenging aspect of radiography?
‘There are many challenges to working in radiology, particularly those associated with people or their families that have life-changing or life-threatening injuries or illnesses. I have been involved in work with coroners and post-mortem imaging attempting to identify cause of death, which has caused some thought-provoking moments.’

What’s the best aspect of radiography?
‘Helping patients with their needs, possibly on the worst day of their life, or participants with their desire to contribute to science. I have met many people at their worse and admire how they cope with their circumstances.’

David Parker, Research Radiographer
David has been working at WIN for over 7 years.

How did you get started in radiography?
David gained his passion for imaging when he was studying for his first degree in Psychology with Neuropsychology at Banger, Wales. He realised that he preferred the interaction with patients and participants rather than data analysis. After completing his degree, David continued his studies decided to take another degree at Exeter. Between degrees he worked as an assistant at a local X-ray Department. Prompted by the 2008 recession he decided to move into health care as a trainee radiographer, studying x-ray imaging, before going on to work in the private sector on an MRI graduate scheme. David then moved to Oxford to work for WIN.

What do you do on a day-to-day basis?
David is responsible for safety screening, operating the MRI scanner, acting as an advocate for participants during scans, record keeping and ensures that everyone is fully safety trained. David also ensures that the scanners are correctly maintained, clean and that consumables are replenished.

What was your most memorable moment as a radiographer?
David couldn’t pin point a single moment. However, he mentioned that being involved with a diverse mix of people, and learning more about the human condition was his continued memorable moment.

What advice would you offer young radiographers?
‘Develop a long-term goal when first studying for your degree. Developing specific steps to meet your over-arching goal would be great but try to find diverse work placements at hospitals, research institutes or universities to develop your work experience.’

What’s the most challenging aspect of radiography?
‘Being dyslexic, I find paperwork and university administration the most challenging. However, I have developed strategies to cope and finds that having an enhanced ability to imagine 3D objects, a common trait amongst dyslexic people is an advantage.’

What’s the best aspect of radiography?
‘I thoroughly enjoy being involved with a diverse mix of people, and being at the forefront of the latest neurological research at WIN.’

Describe your role as Tweet?
‘Delivering the highest quality images, for diagnosis or research, safely and professionally.’

Juliet Semple, OHBA Lead Research Radiographer
Juliet has been working at WIN for over 6 years.

How did you get started in radiography?
Juliet had considered going into medicine from a young age, but was inspired into radiography during a hospital tour where she saw rows of CT scanners. She decided to take a degree in radiography at Guys Hospital. After qualifying, Juliet got her first job at Lewisham Hospital within their X-ray Department. A couple of years later she moved onto King’s College Hospital to specialise in neuroimaging and to explore cutting-edge CT and MRI techniques, which were being used there. After this post, Juliet decided to move outside of London and came across a posting at the old Radcliffe Infirmary which eventually moved into the West Wing at the John Radcliffe Hospital in Oxford. At the time the University of Oxford built the Acute Vascular Imaging Centre (AVIC) that specialised in imaging for hyperacute health conditions, which included people having strokes and heart attacks, Juliet worked there for a number of years before moving to WIN and OHBA.

What do you do on a day-to-day basis?
Juliet is responsible for the administration and operation of the scanners at WIN’s centre based at the Warneford Hospital. She upholds safety standards, thoroughly checks a project’s ethics before approval, and ensure patients’ and participants’ wellbeing are a priority. Juliet also undertakes clinical scans as a part of the Oxford Brain Health Clinic initiative.

What was your most memorable moment as a radiographer?
‘My most memorable moment was as a newly qualified radiographer being allowed into the brand-new angiography suite to watch a case. At the end of the case, I hung up my lead coat on the rack and the entire rack and wall it was attached to fell down. This was two days before the unit was being officially opened. When I left that role many years later, I was presented with a certificate saying I had gone above and beyond in my demolition duties!’

‘It wasn’t actually my fault…the builders had put the lead coat rack up on a plasterboard wall with inappropriate fixings.’

What advice would you offer young radiographers?
‘Get some exposure to what goes on in a Radiology Department to see if it’s your sort of thing. You need to enjoy some physics and be able to combine kindness and empathy with science and technology.’

What’s the most challenging aspect of radiography?
‘When the government implemented the 18-week referral target. Radiology is almost always involved in a patient’s journey. This and subsequent targets have increased referrals and radiology departments cannot keep up with the demand. There’s not enough scanners, equipment or people.’

What’s the best aspect of radiography?
‘The feeling that I helped someone, either with their medical pathway, or getting someone who is claustrophobic through a scan. I get a lot of reward from that. I also get to play with a multi-million-pound piece of equipment!’

Describe your role as Tweet?
‘I’m not just a button pusher! There is more to being a radiographer’

Heidi Johansen-Berg elected Fellow of the Academy of Medical Sciences

Congratulations to Heidi Johansen-Berg, one of 11 University of Oxford biomedical and health scientists that the Academy of Medical Sciences has elected to its fellowship.

Betina Ip, a Royal Society Dorothy Hodgkin Research Fellow, has written a book for children: The Usborne Book of the Brain