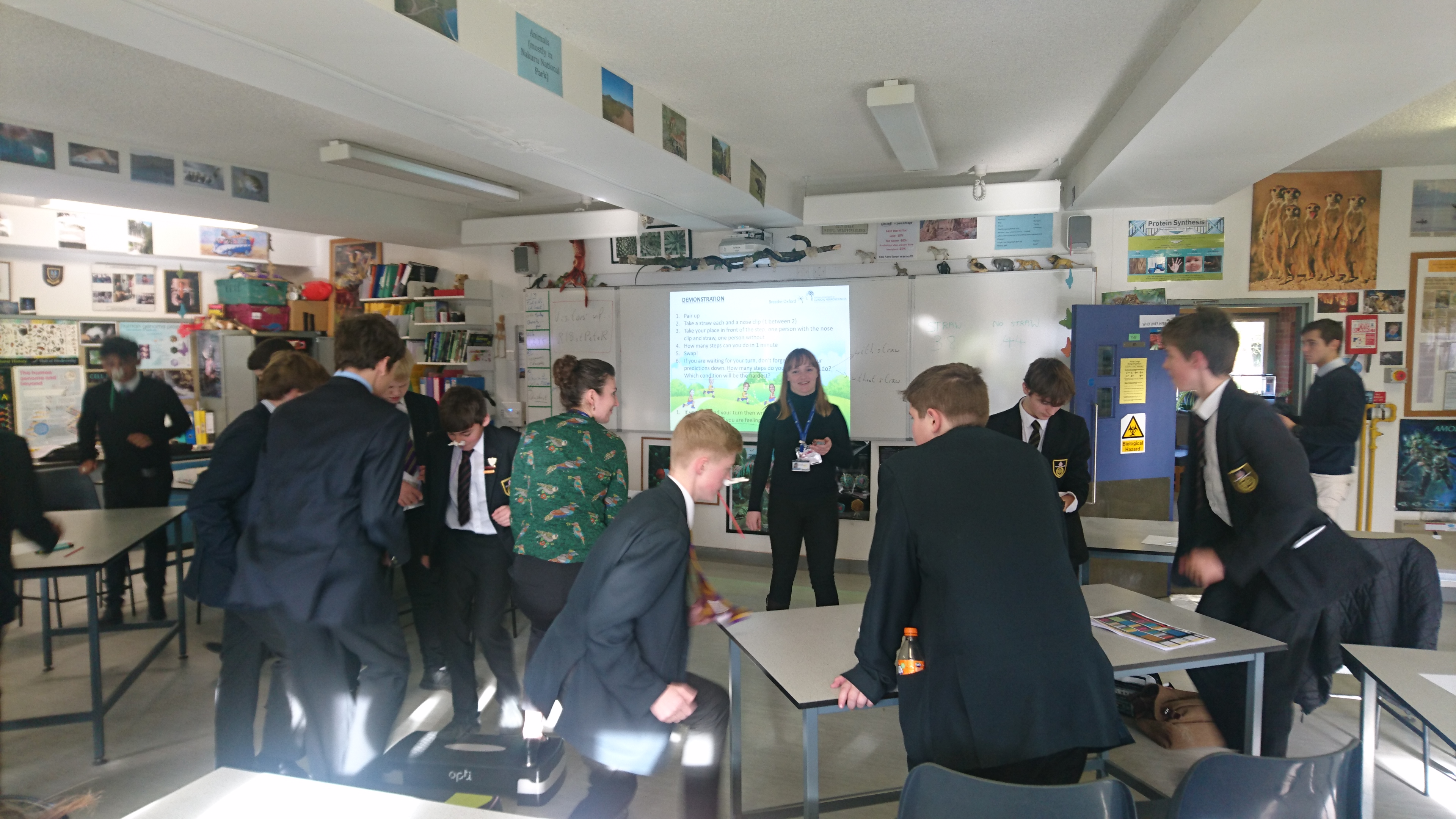 The morning of Tuesday January 30th saw members of the Breathe Oxford team pack up their trusty aerobic steps and drive the short distance to the little village of Radley, home to the world famous Radley College School.

The team had been invited to take part in the schools very first STEMfest! This Science Technology, Engineering and Mathematics initiative brought researchers from across the University of Oxford’s faculties to join the school and host a series of workshops, to which students aged 14-15 from not only Radley College School, but also their neighbouring schools were invited to attend.

In a fascinating day of talks, Breathe Oxford presented cutting-edge research looking at the relationship between brain networks and breathing before asking the students to conduct an experiment. “How many steps on the aerobic step could they do in 30 seconds, and, how many could they do if only breathing through a straw?“ Armed with their predictions the room was soon filled with the sound of loud counting and competitive running. As expected, breathing through a straw made the exercise much harder, although the effect on each individual was markedly different. The team pointed out that such variability is also seen in people with chronic lung disease and for some, every day can feel like breathing through a straw. Next the team asked students to consider questions such as “how could you improve this experiment?” and “is this a fair test?” Looking for ways to improve your experiment is a key part of being a scientist and the students had some excellent suggestions, including: “more trials”, “manipulating expectations” and “a longer break between the two tests”.

After a tour of the school’s science department (everyone was a little jealous of the terrapin tank) the Breathe Oxford team returned to their Oxford office, delighted with the enthusiasm of all attendees and the hard work that Radley College staff had put into the day to make it a success. STEM days are a great opportunity to reach out, and hopefully not only inspire young minds to keep asking questions, but also to feel empowered to find out the answers.

Thank you Radley College School! We hope to see you next year!