On 8 June 2015, the first of six patients in the UK underwent surgical implantation of a second-generation Alpha AMS electronic retina, manufactured by Retina Implant AG, in an NIHR-funded clinical trial led by Professor Robert MacLaren at the John Radcliffe Hospital in Oxford. The second-generation electronic subretinal implant has a number of improvements over the first-generation Alpha IMS device, including a greater number of pixels, a better power profile, and other enhancements to extend its operational longevity such as improved durability and corrosion resistance.

The results of this study have been very encouraging, with the previously blind patients now able to detect light and recognise objects. One of the patients, Rhian Lewis, has been able to read the time on a clock after many years of blindness - providing striking evidence that electronic subretinal implants can restore a certain degree of functional vision to patients with end-stage retinal disease and no useful sight, thus improving these patients’ general quality of life and returning to them an increased level of independence. On 22 March 2012 Chris James became the first person in the UK to have the first-generation Alpha IMS electronic retina implanted into the back of his eye, as part of a multicentre international clinical trial sponsored by Retina Implant AG, the manufacturer of the device.

The operation took place at the John Radcliffe Hospital in Oxford and the surgical team was led by Professor Robert MacLaren.

The results of this study provided proof of principle that an electronic retinal implant can restore measurable visual function and potentially useful vision in blind or near-blind patients with end-stage degenerations of the outer retina such as retinitis pigmentosa.

How the electronic retinal implant functions 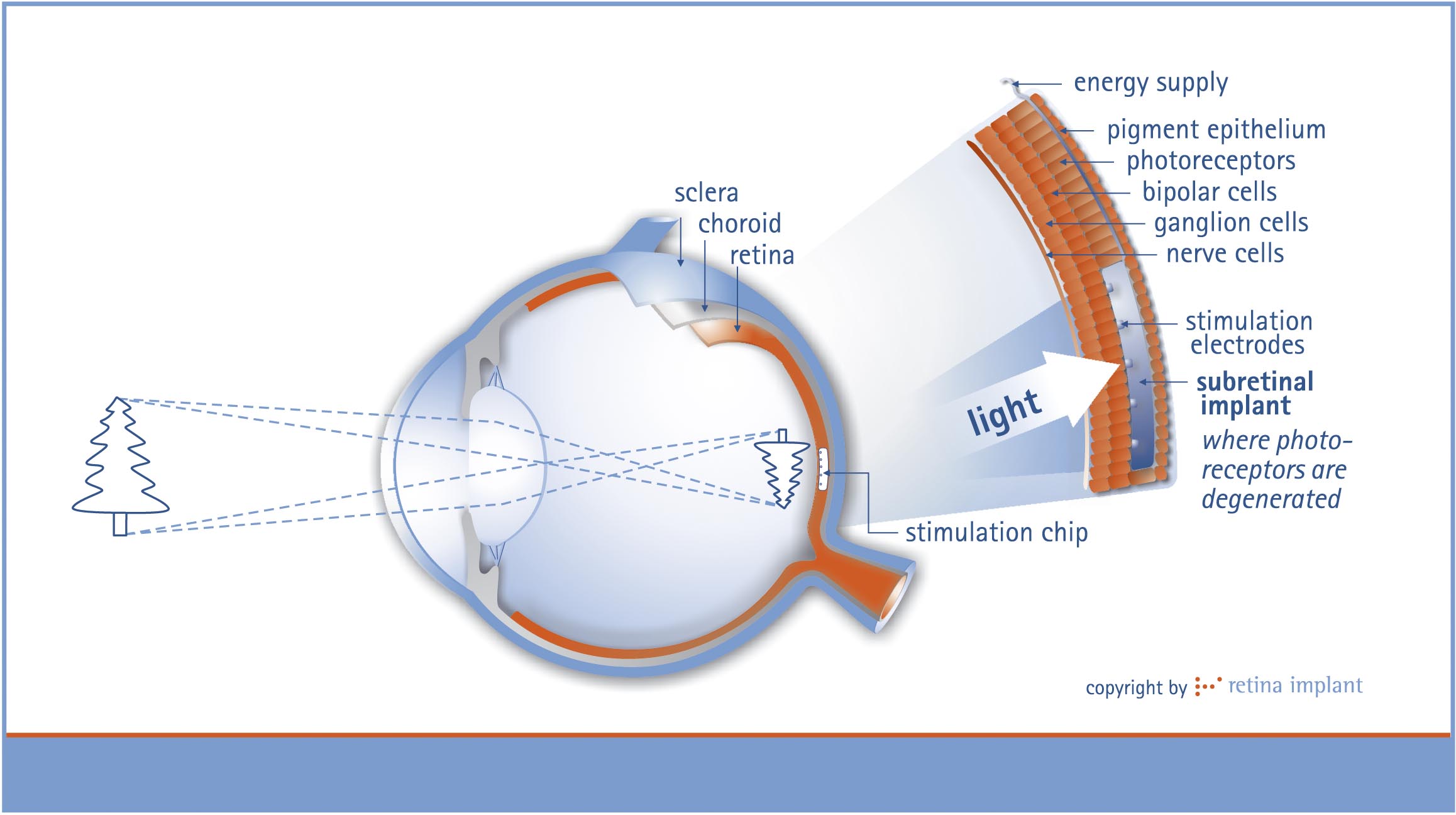 Electronic retinal implants are designed to replace the lost photoreceptors in the eyes of patients suffering from degenerative retinal diseases.

In many retinal diseases, such as retinitis pigmentosa, the photoreceptors die and therefore the light falling onto the retina can no longer be converted into electrical signals.
The electronic retinal implant, which is a grid of photosensitive electrodes similar to those found in digital cameras, is able to act as an artificial layer of photoreceptor cells - that is to say, it is able to convert light into a pixelated array of electrical signals which can then be carried to the brain by the optic nerve.