Posters and talks from PiNG Members at the 2017 OHBM meeting in Vancouver, Canada

The Organisation of Human Brain Mapping (OHBM) meeting was held in Vancouver, Canada from June 25 - 29th and a large number of the Physiological Neuroimaging group attended, presenting five posters, and giving two talks.

Charlie Stagg gave a talk at a satellite meeting (Brain Stimulation and Imaging) prior to OHBM.  The talk was entitled: "Towards Causality: Combining non-invasive brain stimulation and neuroimaging to understand neuroplasticity".

James Kolasinski was awarded a Merit Abstract Award for his submitted poster on "Linking cortical architecture and perception: a mechanistic role for GABA?”.  He gave a talk as part of the Oral Session on Perception and Attention.

Five posters were presented by members of the group across the four days of the conference: 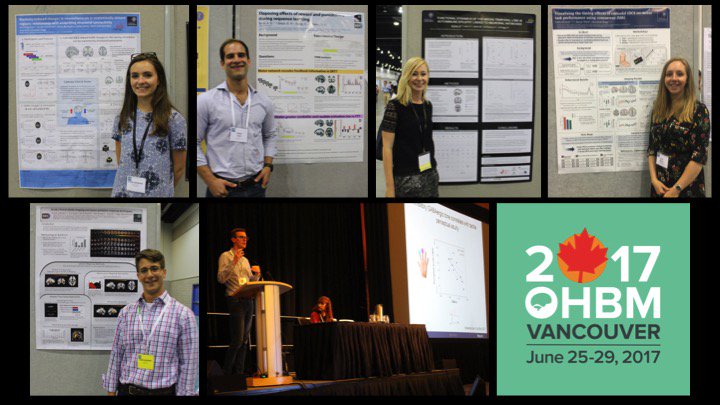